New carbon solution in Alberta delivers use for industrial emissions 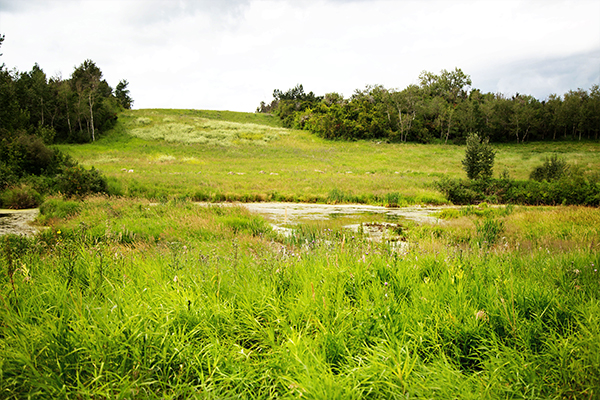 The ACTL system captures industrial emissions and delivers the CO2 to mature oil and gas reservoirs in Central Alberta for use in enhanced oil recovery and permanent storage.

The current supply of CO2 is captured at the North West Redwater Partnership (NWR) Sturgeon Refinery and Nutrien’s Redwater Fertilizer Facility, offering a sustainable emissions solution for energy and agriculture sectors. The CO2 then travels down a 240-kilometre pipeline, which is owned by Wolf Midstream, to a storage reservoir owned by Enhance Energy.

The system includes the world’s largest capacity pipeline for CO2 from human activity, capable of transporting up to 14.6 million tonnes of CO2 per year. This is equal to the impact of capturing the CO2 from more than 2.6 million cars in Alberta. Designed with excess capacity, the system will connect more facilities and storage reservoirs in the future as demand increases for an effective solution to manage emissions.

“This is just the beginning,” said Jeff Pearson, President of Wolf Midstream’s Carbon Business Unit. “This critical piece of infrastructure supports significant future emissions solutions, new utilization pathways and innovation in the carbon capture space. The future of energy and a lower carbon economy relies on key infrastructure like the ACTL.”

“This will change how business is done in Alberta,” said Kevin Jabusch, CEO of Enhance Energy, which is injecting CO2 from the ACTL into oil fields near Clive, Alberta.  “We are putting CO2 to use. We permanently keep CO2 out of the environment, while producing low-carbon energy. Not only are we reinvigorating our rural energy economy at a time when it is needed most, but we are playing a key role in advancing a sustainable solution to global energy requirements.”

“The Sturgeon Refinery made a bold decision over 15 years ago to incorporate carbon capture into its design,” said Kerry Margetts, President, NWR Sturgeon Refinery, “Our founders believed then, as we are proving today, that carbon capture was our environmental competitive advantage to producing a low carbon intensity diesel from Alberta’s bitumen resources.”

The ACTL system marks an important milestone project on the path for Alberta and Canada to effectively manage carbon emissions and support a cleaner global energy future.

The Alberta Carbon Trunk Line (ACTL) system is the world’s newest integrated, large-scale carbon capture, utilization, and storage (CCUS) project. Designed as the backbone infrastructure needed to support Alberta’s lower carbon economy, it has the world’s largest capacity pipeline for CO2 from human activity, capable of transporting up to 14.6 million tonnes of CO₂ per year. This represents approximately 20% of all current oil sands emissions or equal to the impact of capturing the CO2 from more than 2.6 million cars in Alberta.

Pioneered in Alberta, Canada, the ACTL system is now operational. The initial supply of CO2 is captured and compressed from a bitumen refinery and a fertilizer plant in Alberta’s Industrial Heartland. It is then transported to mature oil fields in Central Alberta for use in enhanced oil recovery (EOR) before permanent storage.

Not only does the ACTL system remove greenhouse gas from the atmosphere and decrease Canada’s carbon footprint, it uses the captured CO₂ to revitalize a light oil industry, leveraging Alberta’s wealth of suitable storage reservoirs, technical expertise and innovative spirit to create thousands of new jobs, and generate meaningful tax revenue.

The multi-faceted ACTL system is owned and operated by a consortium of companies. It has also been supported by both the Government of Alberta (through its Carbon Capture and Storage Fund) and the Government of Canada (through its ecoEnergy Technology Initiative and the Clean Energy Fund) to help make CCUS technologies more accessible and encourage wider use of the technology around the world.

Wolf Midstream (Wolf) is an Alberta-based private company backed by the Canada Pension Plan Investment Board (CPP Investments). Wolf was formed in 2015 to focus on the acquisition and development of midstream infrastructure and opportunities in Western Canada. Wolf is committed to transforming the future of carbon reduction through the development of world scale CO2 infrastructure in both Canada and abroad. Wolf is the owner and operator of the compression facilities at the two capture sites, as well as the 240-kilometre pipeline that safely transports the CO2 from the capture sites to the CO2 EOR operation in Central Alberta.

Enhance Energy (Enhance) is a private oil and gas development company specializing in EOR and focused on using CO2 for miscible flooding. Enhance is the owner and operator of the utilization and storage portion of the ACTL system through its CO2 EOR operation at the Clive field in Central Alberta. The leadership team has extensive experience in the energy industry including the planning and implementation of similar, large-scale CO2 EOR projects. Enhance’s ability to store CO2 while increasing light oil production will result in a new and significant low carbon source of fossil fuel production.

The North West Redwater Partnership (NWR) is a joint venture between NWU LP (Alberta), owned by North West Refining Inc. (Alberta) and CNR (Redwater) Limited, a wholly owned subsidiary of Canadian Natural Resources Limited. NWR operates the Sturgeon Refinery near Redwater, Alberta. It is the world’s only refinery designed from the ground up to minimize its environmental footprint through carbon capture. Phase 1 of the refinery captures 1.3 million tonnes of CO2 per year, which serves as the anchor supply for the ACTL. Because of its carbon capture solution, diesel produced at the Sturgeon Refinery is the lowest “wells-to-wheels” CO2 transportation fuel based on heavy feedstock.

Nutrien is the world’s largest provider of crop inputs and services, playing a critical role in helping growers increase food production in a sustainable manner. Nutrien is the owner and operator of the Redwater Fertilizer Facility, which captures approximately 0.3 million tonnes of previously vented CO2 per year.

Nutrien has also used carbon capture since 2013 as a technical option for reducing greenhouse gas emissions at their Geismar, LA facility, diverting more than 248,000 tonnes of CO2 from the atmosphere in 2019.